What is Cervical Cancer?

What is the cervix?

The cervix is the lower, narrow part of the uterus (womb). The uterus, a hollow, pear-shaped organ, is located in a woman’s lower abdomen, between the bladder and the rectum. The cervix forms a canal that opens into the vagina, which leads to the outside of the body. It can be seen when your have a Pap smear and felt by your doctor during your examination.

What is cervical cancer?

Cancer that forms in tissues of the cervix. It is usually a slow-growing cancer that may not have symptoms but can be found with regular Pap smear tests (a procedure in which cells are scrapped from the cervix and looked at under a microscope). Cervical cancer is almost always caused by human papillomavirus (HPV) infection.

How does cervical cancer develop?

Cervical cancer usually develops very slowly. It starts as a precancerous condition called dysplasia. This precancerous condition can be detected by a Pap smear and is 100% treatable. That is why it is so important for women to get regular Pap smears. Most women (90%) who are diagnosed with cervical cancer have not had regular Pap smears or they have not followed up on abnormal Pap smear results.

Almost all cervical cancers are caused by HPV (Human Papilloma Virus). HPV is a common virus that is spread through sexual intercourse. There are more than 100 types of HPV. Some strains lead to cervical cancer. Other strains may cause genital warts, while others do not cause any problems at all.

Studies suggest that giving birth to many children (5 or more) may slightly increase the risk of cervical cancer among women with HPV infection.

Early cervical cancers usually don’t cause symptoms at all. Women may notice one or more of the following symptoms as the cancer grows:

Infections or other health problems may also cause these symptoms. This needs to be clarified after appropriate investigations.

Finding and treating abnormal cells on Pap smear can prevent most cervical cancers. Pap smear also can help find cancer early, when treatment is more likely to be successful.

If you have an abnormal Pap smear or HPV test results, I will suggest other tests to find out what is going on:

Will use the colposcope to look at the cervix. The colposcope combines a bright light with a magnifying lens to make tissue easier to see. It is not inserted into the vagina. This is done in my rooms when you are having your examination.

Most women have a small tissue sample removed at the time of examination/colposcopy. This is also done in my rooms. The specimen will then be sent to the laboratory where a dedicated gynaecologic pathologist will have a look at it under the microscope.

I will use an electric wire loop to slice off a thin, round piece of cervical tissue. This is done in hospital as a day procedure most of the times. Once again, the specimen will be sent to the laboratory for histopathology examination.

I will use a very small curette (spoon-shaped instrument) to scrape a small sample of tissue from the cervix.

I may remove a cone-shaped sample of tissue (conization, or cone biopsy), which will also be looked under the microscope by a dedicated gynaecologic pathologist. This is done as a day procedure, in hospital, under general anaesthesia.

Depending on the size of the tumour, its distribution in the cervix and nearby tissues, I may request one or more of the following tests to know about the extend (stage) of the disease:

X-ray often can show whether cancer has spread to the lungs. I have been using more CT scan of the chest due its higher detection rate of chest disease.

An x-ray machine linked to a computer takes a series of detailed pictures of your organs. A tumour in the liver, lungs, or elsewhere in the body can show up on the CT scan. You may receive contrast material by injection in your arm or hand, by mouth, or by enema. The contrast material makes abnormal areas easier to see.

A powerful magnet linked to a computer is used to make detailed pictures of your pelvis and abdomen. I can view these pictures on a monitor and can print them on film. An MRI gives excellent details of nearby cancer spread. Sometimes contrast material makes abnormal areas show up more clearly on the picture.

You receive an injection of a small amount of radioactive sugar. A machine makes computerized pictures of the sugar being used by cells in your body. Cancer cells use sugar faster than normal cells, and areas with cancer look brighter on the pictures. PET can be associated with a CT scan, named PETCT scan which will give me the added benefit of both modalities in one single test.

The Stages of Cervical Cancer

Stage I: The tumour has invaded the cervix beneath the top layer of cells. Cancer cells are found only in the cervix.

Stage III: The tumour extends to the lower part of the vagina. It may also have invaded the pelvic wall. If the tumour blocks the flow of urine, one or both kidneys may not be working well.

Stage IV: The tumour invades the bladder or rectum. Or the cancer has spread to other parts of the body.

The cancer was treated, but has returned after a period of time during which it could not be detected. The cancer may show up again in the cervix (if not removed with treatment), pelvic organs, or in other parts of the body

Women with cervical cancer have many treatment options. Options include surgery, radiation therapy, chemotherapy, or a combination of those. The choice will depend on several factors including extend of disease, size of tumour, and patient’s general health conditions.

Surgery is an option for women with early stage disease. I will remove tissue that may contain cancer cells:

This can be done is special situations involving a very tinny cancer in a woman who wants to preserve fertility. It is an option offered to a very selective group of patients.

I will remove the cervix, the tissue around the cervix (named parametrium), a small ring of upper part of the vagina, and the lymph nodes in the pelvis. This option is also offered for a small subgroup of women with small tumours who still want to have children later on.

The cervix and uterus are removed. The ovaries are not necessarily excised.

The cervix, the tissue around the cervix (parametrium), the uterus, and part of the vagina are removed. Again, ovaries not necessarily are removed.

With either total or radical hysterectomy, I may remove other tissues including:

Removal of fallopian tubes and ovaries. There are specific indications for this procedure when treating cervical cancer.

I may remove pelvic lymph nodes near the tumour to see if they contain cancer. If cancer cells have reached the lymph nodes, it means the disease may have spread to other parts of the body, but this does not happen frequently.

Radiotherapy (also named radiation therapy) is an option for women with any stage of cervical cancer. It can be used as the main treatment in combination with chemotherapy in women with cancer that extends beyond the cervix, or after surgery to destroy any cancer cells that may remain in the area.

Different from chemotherapy, radiation therapy uses high-energy rays to kill cancer cells. It affects cells only in the treated area.

If radiotherapy is indicated, patients see a specialist radiation oncologist who will discuss in details what is involved in the treatment. Basically there are two types of radiotherapy used to treat cervical cancer. Some women receive both types:

A large machine directs radiation at your pelvis or other tissues where the cancer has spread. The treatment usually is given in a hospital or clinic. You may receive external radiation 5 days a week for 5 to 6 weeks. Each treatment takes only a few minutes.

When used to treat cervical cancer, chemotherapy is usually combined with radiation therapy. For cancer that has spread to distant organs, chemotherapy alone may be used.

Chemotherapy uses drugs to kill cancer cells. The drugs for cervical cancer are usually given through a vein (intravenous). You may receive chemotherapy in a clinic or in the hospital. These will depend on the type of chemotherapeutic agents needed for the treatment amongst other factors.

The side effects depend mainly on which drugs are given and how much. This will be discussed in details with one of our medical oncologists who will guide patients during this part of their treatment.

In combination with my colleagues from medical oncology and radiation oncology, I may also discuss with you about being involved in the latest cancer treatment research. This generally involves a clinical trial, where you are offered either: 1) the best current treatment (known as the gold standard treatment), or 2) another combination of drugs that we believe is as good or better. The treatment you are offered is decided at random once you have read about the research and given consent to take part, so you have an equal chance of being offered either treatment. It is through medical research and clinical trials that we have been able to advance cancer treatment.

The usual follow-up for patients who have been treated for endometrial cancer is as follows:

For the first two years: Every three months.

For the next three years: Every six months.

From five years onwards: Every year.

At the follow-up visit a short history is taken covering the time since the last visit. This is followed by physical examination covering lymph node areas, abdomen and pelvis. You may have a Pap smear type test done, but this is not common due to the lack of evidence supporting Pap tests during follow up for cervical cancer. I will discuss all the above with you. 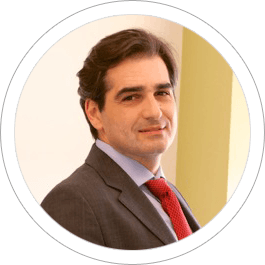